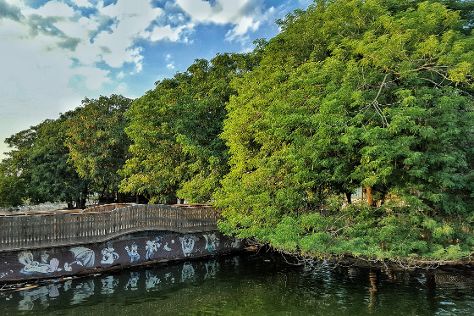 It's quite possible that a Baghdad holiday isn't on your list of things to do, but despite the city's reputation for turmoil, it still has plenty to offer to a daring traveler.

Pack the 18th (Fri) with family-friendly diversions at Zawraa Park. The adventure continues: see the interesting displays at Iraqi Museum, contemplate in the serene atmosphere at Umm Al-Qura Mosque, pause for some photo ops at Al-Shaheed Monument, and don't miss a visit to Al Yassin Mosque.

To see ratings, more things to do, maps, and tourist information, go to the Baghdad trip itinerary planning app.

New Delhi, India to Baghdad is an approximately 8.5-hour flight. The time zone changes from India Standard Time to Arabian Standard Time, which is usually a -2.5 hour difference. While traveling from New Delhi, expect little chillier days and about the same nights in Baghdad, ranging from highs of 26°C to lows of 13°C. Wrap up your sightseeing on the 18th (Fri) to allow time to drive to Najaf.
more less

Things to do in Baghdad 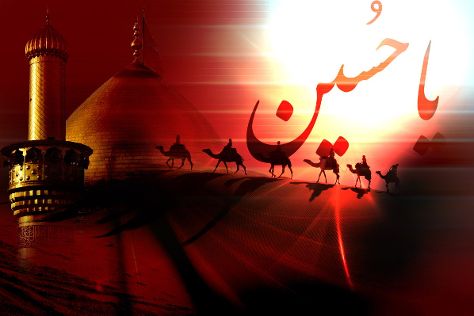 Najaf ranks among the most frequented places of Islamic pilgrimage in the world.

On the 19th (Sat), make a trip to Great Mosque of Kufa and then don't miss a visit to Shrine Amir al-mo'menin Ali bin Abi Talib peace be upon him.

For other places to visit, maps, photos, and tourist information, go to the Najaf trip maker app.

You can drive from Baghdad to Najaf in 2.5 hours. Another option is to fly. In November, daily temperatures in Najaf can reach 27°C, while at night they dip to 14°C. Wrap up your sightseeing on the 19th (Sat) to allow time to travel to Erbil.
more less

Things to do in Najaf

The capital of Iraqi Kurdistan, Erbil occupies perhaps the longest-inhabited land in the world, with the earliest human settlement here possibly dating back to 5000 BCE.

Kick off your visit on the 20th (Sun): stroll around Shanadar Park and then stroll around Sami Abdulrahman Park. Get ready for a full day of sightseeing on the next day: buy something for everyone on your list at Family Mall, then contemplate the long history of Erbil Citadel, then see the interesting displays at Kurdish Textile Museum, and finally look for gifts at Bazaar.

To see ratings, where to stay, reviews, and other tourist information, refer to the Erbil trip planning tool.

You can fly from Najaf to Erbil in 3 hours. Another option is to drive. Expect slightly colder temperatures when traveling from Najaf in November; daily highs in Erbil reach 24°C and lows reach 11°C. Finish your sightseeing early on the 21st (Mon) to allow enough time to travel back home.
more less

Things to do in Erbil